During his violin studies at the Prague Conservatoire, Czech Republic, in the classes of Professors František Anděl and František Pospíšil, Petr Bernášek participated in the Academy of Yehudi Menuhin in Switzerland under Professor Alberto Lysy. In the years 1992-1996 he continued with his studies at the Academy of Music in Prague, Czech Republic, in the violin class of Professor Joří Tomášek and in the chamber music class of Václav Bernášek. During his university studies he participated in a four-month study at CNSMDP in Paris, France, with Professors Jacques Ghestem and Joseph Golan. Petr Bernášek is primarius and founding member of the M. Nostitz string quartet, which participated in the International Chamber Music Masterclasses in Semmering, Austria, under the Amadeus, Bartok, and Alban Berg Quartets. 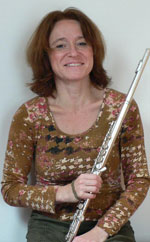 After completing studies at Conservatoire in Bratislava, Martina Bernášková continued at the Academy of Music in the same city in the flute classes of prof. V. Samec and M. Jurkovič. During her university studies, she became a Concertino Praga laureate and also a member of G. Mahler Youth Orchestra under leadership of Claudio Abbado. Since 1994 she is deeply engaged in the interpretation of Baroque and Classical Music and began to study baroque flute with prof. P. Sechet at CNSMDP in Paris. She graduated in 1996 with First Prize. Martina Bernášková performs regularly with chamber groups and orchestras like Musica Aeterna, Collegium Marianum, Ensemble Inegal, Solamente Naturali etc. Martina teaches at the Prague Conservatoire. 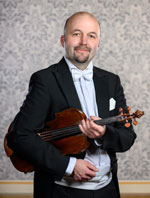 Pavel Hořejší is the violist of the M. Nostitz Quartet, of which Petr Bernášek is the primarius. He was born in 1971, graduated from the Music Conservatory in Prague in the class of Jaroslav Ruis (Dvořák Quartet) and Academy of Performing Arts (AMU) in Prague in the class of Lubomír Malý (Quartet of the City of Prague). During his studies he participated in the International Competition of Beethoven in Hradec nad Moravicí and won second prize in the Kroměříž Competition of Conservatories. 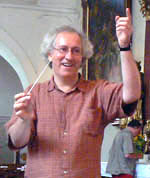 Dirkjan Horringa, initiator and already 31 years artistic director of La Pellegrina, is originally a clarinettist by training. He studied both musicology and choral and orchestral conducting at the Utrecht University and the Utrecht Conservatoire. He now specializes in conducting semi-professional choirs and orchestras, which have a rather high musical level in Holland. This makes the work of leading these ensembles a fascinating combination of musical education and serious music making, which is a challenge to a professional musician. His main field of interest is music of the 16th, 17th and early 18th century, from Monteverdi's Vespers and Schütz to the world of renaissance and baroque music theatre. Mainly in the field of madrigal comedies (Banchieri's Barca di Venetia per Padova and Festino di Giovedi grasso) and baroque opera's by Purcell (Dido and Aeneas, The Fairy Queen) and Monteverdi (L'Orfeo) he has been active. Not long ago he staged a theatrical production of Bach's St. John's Passion. Dirkjan Horringa works with the vocal ensembles Trajecti Voces, projectkoor Festina Lente Arnhem, the string orchestra WAKO Leeuwarden and the La Pellegrina ProjectOrkest.  As a guest conductor he worked with the Czech vocal ensemble Vaganti, the Ukrainian vocal ensemble Musitchnyj Asamblej, the choir Confido Domino from Minsk, Belarus and ensemble Brevis from Vilnius, Lithuania. He has been a tutor in several summer schools in Italy, Poland and the Czech Republic. He is privately active as a singing tutor and vocal coach and teaches conducting. In 2016 the Czech Antonín Dvořák Association granted him an award for the promotion of Dvořák's music in the amateur music world. 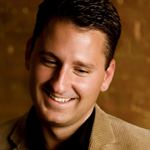 Pianist Libor Nováček has won international recognision for his interpretations of Liszt, Brahms and Janáček. His playing is said to possess ‘exceptional poetic verve and inwardness’ and his recordings are said to have ‘set new benchmarks’ and offer ‘compellingly beautiful and narrative performances’.

Libor enjoys a long-term recording contract with Landor Records (UK). He released four CDs since 2006 to outstanding reviews in the classical music press including BBC Music Magazine, International Record Review, Pianonews and others.

His concerts and tours have taken him to major festivals and venues worldwide: these include regular appearances at the Wigmore Hall and the Barbican inLondon, and Brighton, 3 Choirs, Mostly Mozart Festivals, Prague Spring Festival and Strings of Autumn Festival inPrague. He has also played in the USA, Mexico, Argentina, Brazil, India, South Africa and most of the European Union.

Bass Mitchell Sandler studied at the University of California at Berkeley, before singing for five years with the renowned vocal ensemble Chanticleer, with whom he made many recordings and TV and radio appearances. Moving to the Netherlands in 1989, he did a graduate specialisation in Baroque music at the Royal Conservatory in the Hague.

Mitchell is a soloist in oratorio and opera. Dutch composer Michel van der Aa wrote a role especially for him in his new opera 'Afterlife', a work commissioned by the Dutch Opera (DNO) and the Holland Festival. Mitchell was also heard as one of the Deputati Fiaminghi (Flemish deputies) in Don Carlo by Verdi, and in the opera Tea by Tan Dun.

On a recent CD of Handel's Aci, Galatea e Polifemo Mitchell sings the role of Polifemo; he sings Lucifero on Handel's La Resurrezione with Contrasto Armonico conducted by Marco Vitale.

With ensemble La Primavera he recorded the CD Dolci Sospiri: songs, duets and dance music of the 17th-century Neapolitan composer and lutenist Andrea Falconieri. In June 2015 Mitchell released a new CD of Handel's cantatas for solo bass with the ensemble Contrasto Armonico.

In addition to singing, Mitchell also composes and arranges. In 2013 the choir Voces Trajecti sang his Madrigals of Mirth and Melancholy,conducted by Dirkjan Horringa. Medusa, the University of Utrecht's women's choir, commissioned a work from Mitchell for their 25 year Jubilee concert in 2014.

Mitchell Sandler is a member of the Netherlands Radio Choir and the opera ensemble 'Pocket Opera' Since July 2016 he is also a certified Taijiquan instructor.

He loves to walk and cook. Together with his wife Anne Hodgkinson, he takes gastronomic walks such as "Boots and Bowtie" - www.bootsandbowtie.com 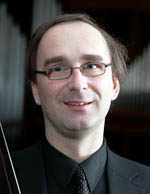 Born in Prague, Rudolf Sternadel started violin lessons at the age of five. In 1980 he moved to Canada, where he began lessons under Prof. David Zafer, completing his Bachelor of Music at the University of Toronto in 1991. He then enrolled at the Academy of Performing Arts in Prague, where he studied violin with Prof. Václav Snítil and chamber music with Prof. Lubomír Kostecký of the Smetana Quartet. During his stay in Europe, Rudolf also toured Germany and Italy as a member of the RIAS Jugendorchester, Berlin, and participated in several chamber music seminars. Upon returning to Canada he enrolled at the University of Toronto, completing his Master of Music degree in September 1994 under the tutelage of Prof. Loránd Fenyves. Until October 2000, he was involved in numerous freelance and chamber music activities in Toronto and Kitchener-Waterloo.  Currently Rudolf is violin / viola instructor at the Regina Conservatory of Performing Arts, Assistant Music Director / Librarian of the South Saskatchewan Youth Orchestra, member of the Regina Symphony, the Amati String Quartet and the per Sonatori Baroque Ensemble. 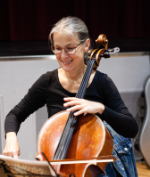 Jitka Vlašánková (cello) is a founding member of the Martinů Quartet as well as the Pro Arte Trio and has an active career as a soloist, chamber musician, and recording artist. She has received numerous prizes in cello competitions at home as well as abroad (Prague Spring International Competition, Pablo Casals Competition in Budapest and others). Jitka has been a driving force behind the Play with the Professionals (PLAYWIP) program for amateur chamber players and has been invited to sit on juries of international competitions. Her cello and chamber music students regularly achieve recognition at competitions. Jitka‘s intense focus as a performer and teacher is combined with a radiant and enthusiastic personality.